The cryptocurrency exchange Coinbase has filed with US regulators to go public, in a move that could capitalise on the recent rally in bitcoin and other digital tokens.

Coinbase said in a short statement it had submitted a confidential draft registration statement for a public offering with the Securities and Exchange Commission. The statement did not provide additional details about the timing or size of the company’s prospective listing.

Cryptocurrency advocates have eagerly awaited Coinbase’s listing, believing it could help the sector gain legitimacy in the eyes of regulators and the public. A stock market debut would make Coinbase the first big public cryptocurrency exchange in the US.

The San Francisco-based company’s move came after a run of large tech initial public offerings, including from the short-term rental site Airbnb and meal delivery company DoorDash, and could position it as one of the first big US listings next year.

Meanwhile, the price of bitcoin has surged to new highs in recent weeks, surpassing $20,000 for the first time on Wednesday during a broader market rally that has lifted everything from junk bonds to hard-hit travel companies.

Investors led by Tiger Global Management valued the company at $8bn in a $300m round of funding in 2018, making it one of the most valuable cryptocurrency companies.

The recent cryptocurrency bull market has been driven in part by growing interest from professional investors and central banks, and suggestions digital currencies could benefit as coronavirus-related lockdowns accelerate the shift from cash toward digital payments. In October, PayPal announced that it would start offering support for cryptocurrencies. 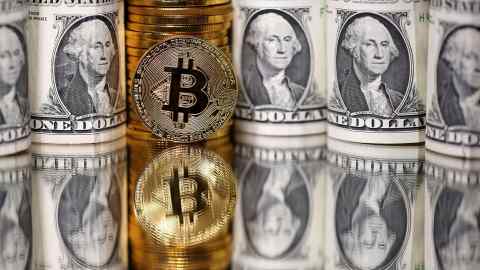 Coinbase is also one of the founding members of the Facebook-led global digital currency project Diem, formerly known as Libra, which is on track to launch next year.

Still, Mr Armstrong recently cautioned investors about the rally, saying the company takes a “long-term view of the market”.

“While we’re always excited to see increased interest in crypto, it’s also important to point out that this is not only a time of high volumes, but also price volatility,” Mr Armstrong wrote in a blog post.

Coinbase said this week it had added the venture capitalist Marc Andreessen and former Cisco chief financial officer Kelly Kramer as board directors. Mr Andreessen, whose group Andreessen Horowitz was one of the first investors in Coinbase, had previously served as a board observer.

Krispy Kreme is providing a sweet incentive to encourage more people to roll up their sleeves for the COVID-19 vaccine: Free doughnuts through the end...
Read more
USA

"The Y has been an integral part of my life since I first walked into the Christian Street YMCA in my south Philadelphia neighborhood...
Read more

Build your own dashboard to track the...
Read more
Sports

10:21 AM ETThere maybe never has been and there may never be again a year like in sports like the one 2020 gave us....
Read more
Sports

Nasdaq rises to an all-time closing high, S&P 500 ekes out another record – CNBC

The Nasdaq Composite jumped to a record high on Monday as investors rotated back into growth-oriented stocks ahead of a key Federal Reserve meeting.The...
Read more
Economy

The extraordinary recovery of the U.S. economy is likely to make the country the world’s top destination for overseas investment this year and next,...
Read more

Bitcoin prices on Sunday were approaching a psychological milestone around $50,000. The weekend move pushed the world’s No. 1 digital asset to a...
Read more
Sports

Getty Images Once more Chelsea find themselves in the market for a new head coach, Frank Lampard having gone the way...
Read more