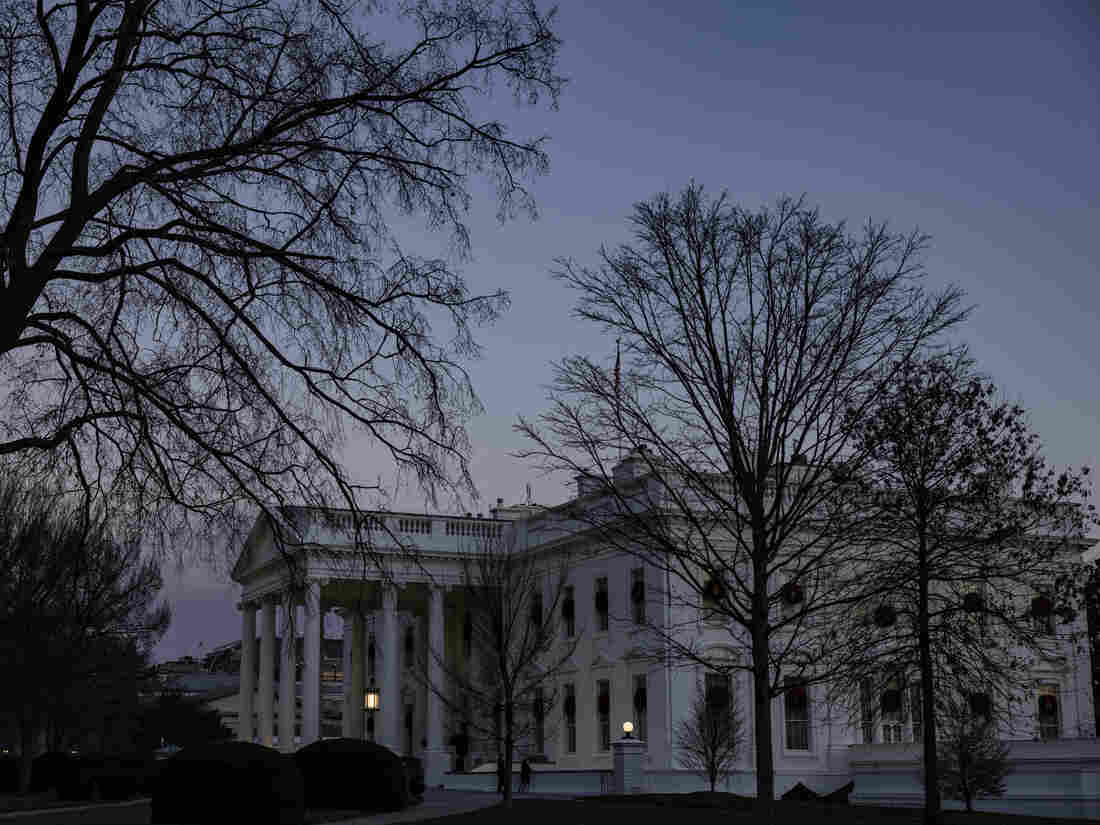 The White House is shown as the sun sets on Wednesday in Washington, D.C. Samuel Corum/Getty Images hide caption 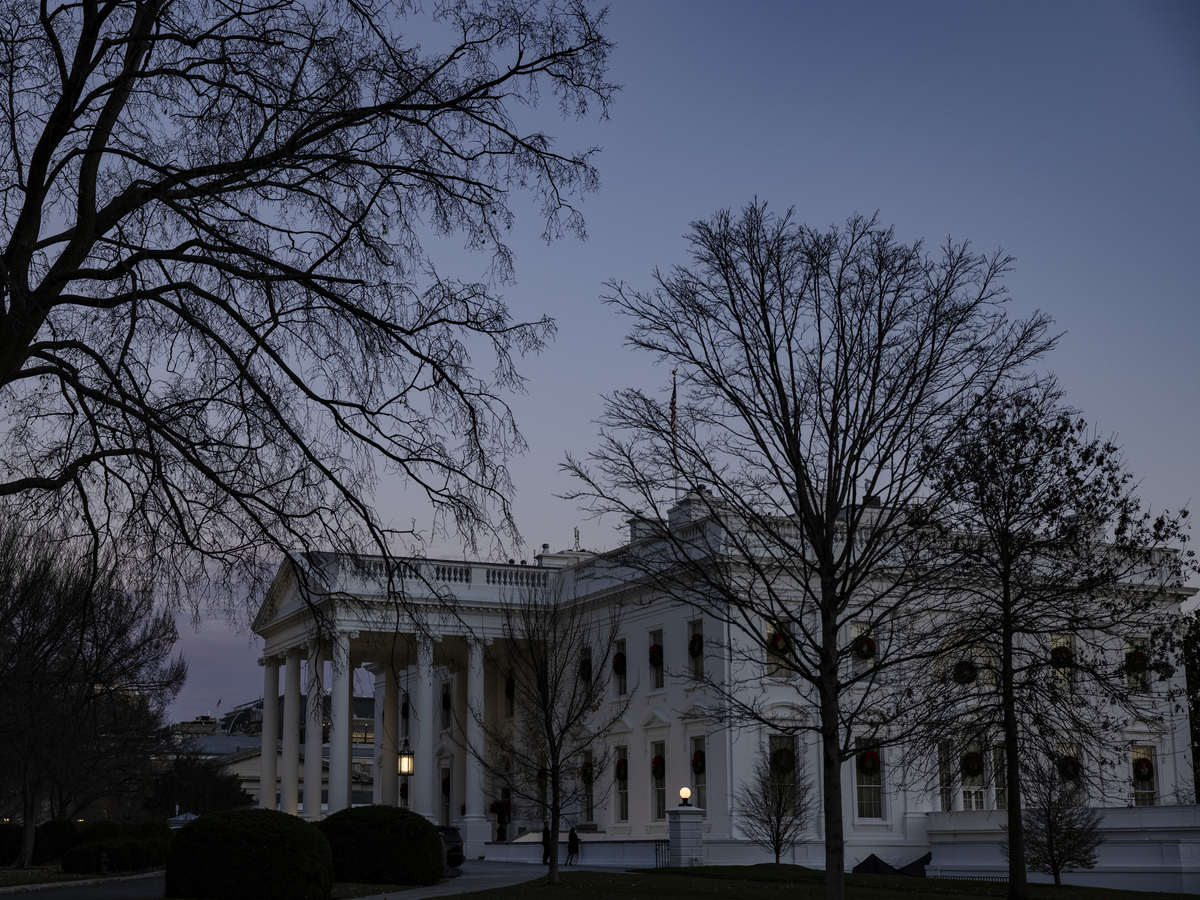 The White House is shown as the sun sets on Wednesday in Washington, D.C.

Congress still hasn’t reached a deal on a new COVID-19 relief package to help millions of Americans who could fall off an economic cliff by the end of the year when moratoriums on evictions and some unemployment benefits are set to expire. But whether or not Congress agrees on an additional aide package during the lame-duck session, Joe Biden will still inherit a fragile economy and a possibly uncooperative Congress, which raises questions about what — if anything — the next president can do on his own to bolster an economic recovery.

One thing most economists agree on is that the best way the president can directly stimulate the economy is by tackling the public health crisis and ensuring vaccines are deployed efficiently.

“The No. 1 rule of virus economics, I always say, is that if you want to help the economy, you need to get control of the spread of the virus,” said Austan Goolsbee, a former chairman of the Council of Economic Advisers under President Barack Obama who also informally advised Biden’s campaign.

He said controlling the virus isn’t a tradeoff with improving the economy, in his view, it’s foundational to an economic recovery.

Biden could help control the virus, some say, by encouraging Americans to wear masks, but he could also mandate changes to make workplaces safer.

“The president has the authority to direct [the Occupational Safety and Health Administration] to put in place an emergency temporary standard to help protect workers during COVID,” said Heidi Shierholz, a former Obama administration labor economist who now works at the Economic Policy Institute.

As of August, about a quarter of the U.S. workforce was working from home, according to the Bureau of Labor Statistics.

Many economists believe additional congressional spending is vital right now, but if that’s not feasible, then it’s worth considering what Biden could do autonomously.

“There are many areas where the federal government might get some relief out the door,” Goolsbee said. “One of the more obvious spaces being that of student loans.”

The Trump administration has deferred student loan payments until the end of January.

A number of Democrats on the Hill, including notably Senate Minority Leader Chuck Schumer, are urging Biden to go further.

“It is my belief that the new president — President Biden — within the first few weeks of becoming president can simply sign an executive order and eliminate, end, $50,000 of student debt from every student,” Schumer, D-N.Y., said at a press conference last month.

Some economic experts have argued that student loan debt cancelation is actually a poor form of stimulus that doesn’t inject a lot of cash into the economy given how much it would cost the government. Others have called for an income cap, of roughly $150,000, so that any cancelation program would specifically target low and middle-income families.

But either way, as Schumer and others Democrats are arguing, it’s something Biden could do with “the flick of a pen.”

“Ninety-five percent of all student debt is actually held by the government, and so the secretary of education would have it in his or her authority to cancel a lot of that debt,” said Felicia Wong, who spoke to NPR in her capacity as president and CEO of the Roosevelt Institute. She is also a member of Biden’s transition advisory board. 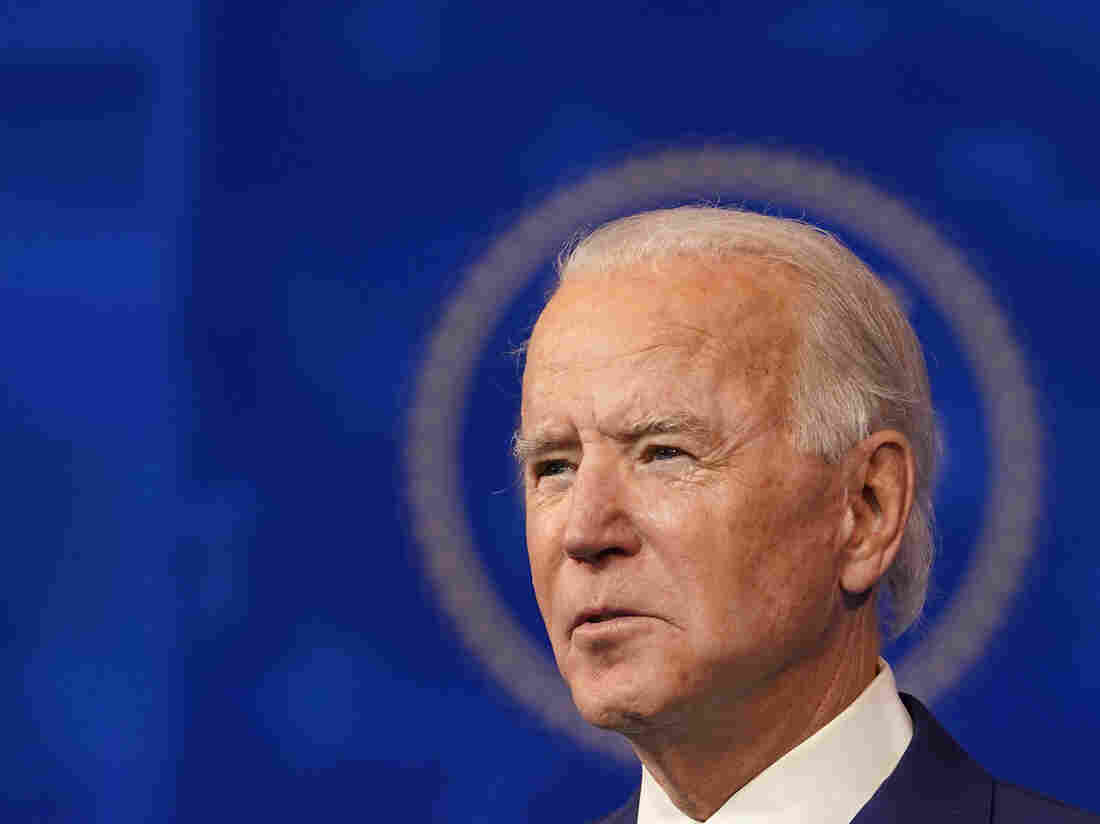 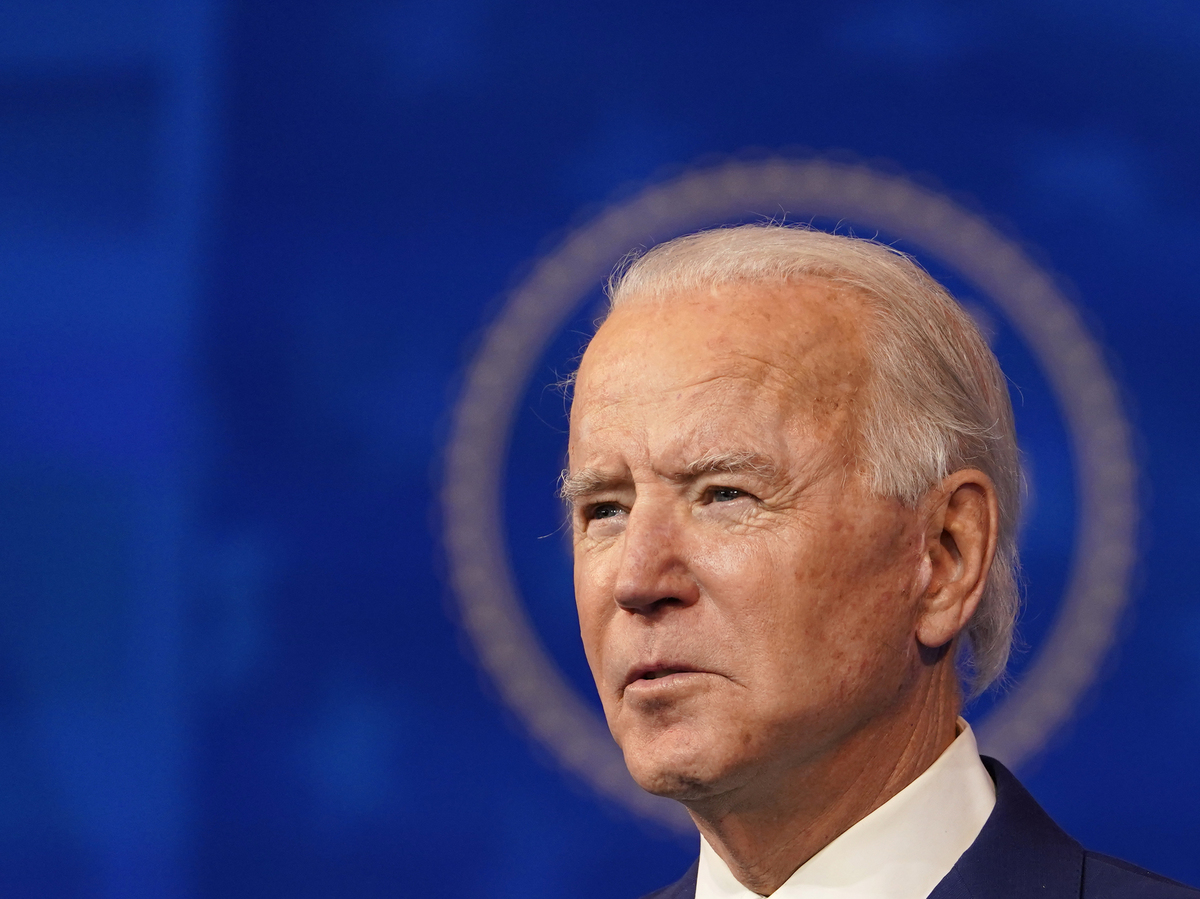 Wong has another idea for Biden that she said would move money into people’s pockets immediately.

“(The) federal government’s a really big employer, and Joe Biden had promised on the campaign trail a $15 an hour federal minimum wage,” she said. “Well, that would require Congress. But his administration could take an executive action that says all federal contractors have to pay their employees at least $15 an hour.”

Wong said the change would help a number of low-income workers and put pressure on other companies outside of the federal government’s purview.

Other experts say Biden could try to tackle parts of his broader economic agenda without Congress; he could, for example, modify Trump’s trade tariffs or change regulations around the Affordable Care Act.

“The Trump administration stretched the bounds of what maybe almost anyone thought would be possible with multiple billions of dollars to payments to farmers [and] diversions of billions of dollars from defense budget to building the wall,” Goolsbee said.

The president also adopted a number of COVID-19 relief measures without Congress, issuing a moratorium on evictions and taking disaster money away from FEMA to pay for expanded temporary unemployment assistance.

A creature of Congress

But even though Biden could employ similar executive actions, policy experts say it’s not clear the Trump administration’s maneuvers were entirely legal or as large as the economy needed. Plus, they add, sweeping unilateral action in the midst of an economic crisis isn’t in Biden’s nature.

“President-elect Biden is a creature of Congress himself, and I think as a consequence — he’s going to be more in tune in working with Congress, rather than going around Congress issuing executive orders,” said Bill Hoagland, senior vice president at the Bipartisan Policy Center.

Shierholz also questions how much some of these unilateral moves — such as canceling student loan debt, which might provide a “more equitable economy” in the long run — would actually tackle the immediate financial problems people are facing. The economy needs a stimulus, she said. And while there’s an assumption that a new president can walk into the Oval Office and immediately change the course of the economy, she said, presidents lack the specific tools to do that. The most viable path for a sustained economic recovery, she said, requires buy-in from Congress.

For example, she said one of the most effective forms of stimulus the federal government could offer would be more money to cash-strapped state and local governments dealing with less tax revenue. This would allow them to keep first responders, such as police officers and firefighters, on the job.

But the president can’t dole out more money to state governments — Congress would need to allocate those funds.

So, in some ways, the biggest economic test for Biden isn’t how much he can do on his own, but how good he is at cutting deals.

“The thing he’ll have to resort to is trying to lean on his nearly 50 years of experience in Washington,” Shierholz said. “That is what it will come down to. Can President Biden convince [current Senate Majority Leader] Mitch McConnell to move on some of that stuff because that is what it will take to get the stimulus that is needed.”

VENICE, Italy — For some it was a welcome sight, for others, a return to the bad old days.As the first cruise ship since...
Read more
Cryptocurrencies

Close to a third of the world's adults are "unbanked," and the problem is not limited to the developing world. ...
Read more
Economy

Considering there are labor shortages, supply chain problems and an ongoing pandemic, it’s perhaps not surprising that the pace of economic activity in Texas...
Read more

View: Why cryptocurrencies must cut deals with states to survive – Economic Times

By David FicklingOn Feb. 18, 1522, a secondhand clothing merchant named Geronimo Bambarara in the crowded Rialto district of Venice came up with a...
Read more
Stock

Here’s what we are watching as markets kick into gear Monday. —Stock futures surged, with the Dow poised to open almost 1,800 points higher....
Read more
Business

By Ben Brody and Naomi Nix | Bloomberg, Chalk up another victim of the 2020 pandemic: big business groups that...
Read more

Just days after the Taliban took over Afghanistan's government and Kabul's international airport turned chaotic, the U.S. is working to evacuate as many as 2,000...
Read more
Cryptocurrencies

People often experience some level of anxiety in the face of challenges and unfamiliar situations. The COVID-19 pandemic was both challenging and unfamiliar on...
Read more
Economy

Even as the U.S. and European economies bounce back from the depths of last year’s pandemic-induced recession, businessmen and economists are increasingly concerned that...
Read more
Economy

Want to get The Morning by email? Here’s the sign-up.Good morning. The next few months could be rough for the U.S. economy — but...
Read more