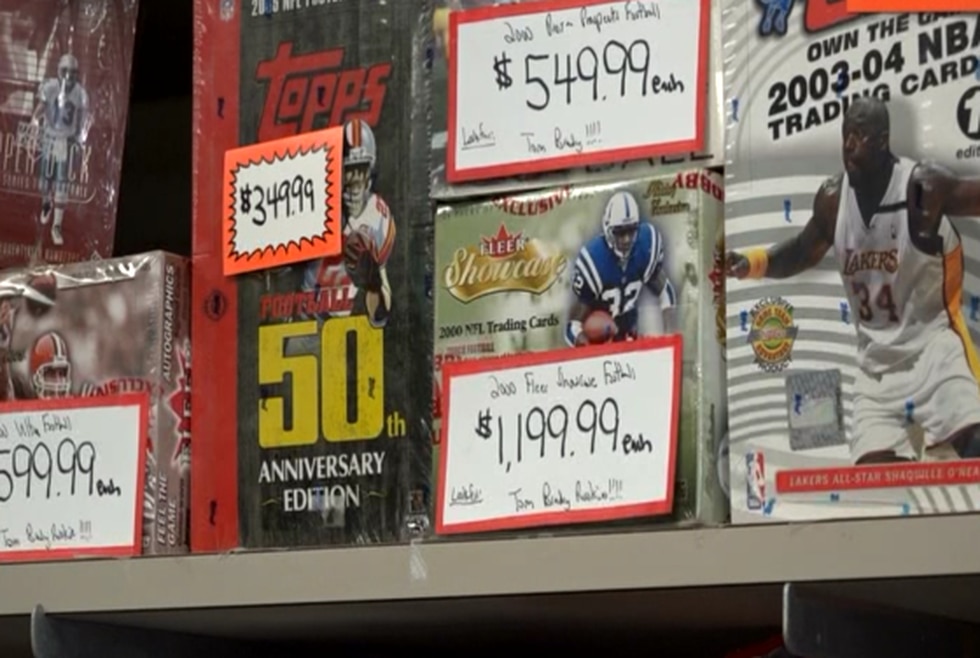 LINCOLN, Neb. (KOLN) – Over the last nine months, many people have picked up new hobbies since there are a limited number of things to do.

That’s definitely the case when it comes to collecting baseball cards. One local shop owner told 10/11 NOW he hasn’t seen this many people buying and selling cards since the late 80′s.

At the beginning of the pandemic, Wes Johnson, the owner of Wes’ Baseball Cards, said he didn’t know how it would impact his business.

Instead of being another thing to hurt his business, card sales took off.

“People are at home not doing anything, so they start bringing out their cards and say, hey, let me collect some cards,” said Johnson.

Johnson said it started right away in March.

Soon, they were busy with people getting back into buying and selling cards.

“I was collecting when I was younger so I decided to hop back into it, it just gave me something to do,” said collector, Luke Breon.

And the value of cards is going up too.

But he said the newer cards with autographs are more rare.

Johnson said although it is great for business, there’s no better feeling than seeing people get back into something he loves.

“Having fun collecting and trading with people, I think that’s the fun part,” said Johnson.

Choose the best commercial lease for your business – Mainebiz

BEIJING—China’s economy expanded by 2.3% in 2020, roaring back from a historic contraction in the early months of the year to become the only...
Read more
Business

OSWEGO - Mayor Billy Barlow announced the city of Oswego is creating a mini-grant program for small businesses to apply for funding to...
Read more
Cryptocurrencies

It was a Saturday morning and Adam was feeling bold.  He'd made thousands of dollars on a single trade the night before, and...
Read more

The Michigan High School Athletic Association Representative Council is scheduled to meet Wednesday and hammer out a plan to resume sports across the state.Mark...
Read more
Economy

What Does the Delta Variant Mean for the U.S. Economy? – The New Yorker

What a difference a couple of months makes. “As hopes rise that the pandemic is ebbing in the United States and Europe, visions of...
Read more

The Sonoma County Board of Supervisors took action on various items during its May 25 meeting — including approving business relief funds, authorizing...
Read more
Business

Eight years ago, Massy Arias started a fitness routine as a way to manage her depression. Little did she know at the time, she was...
Read more
Economy

U.S. economy may have its best chance in years to break from era of subpar growth – The Washington Post

The question is whether that fast-paced rebound can be made to last, freeing the nation from the low-growth rut it has plowed for most...
Read more