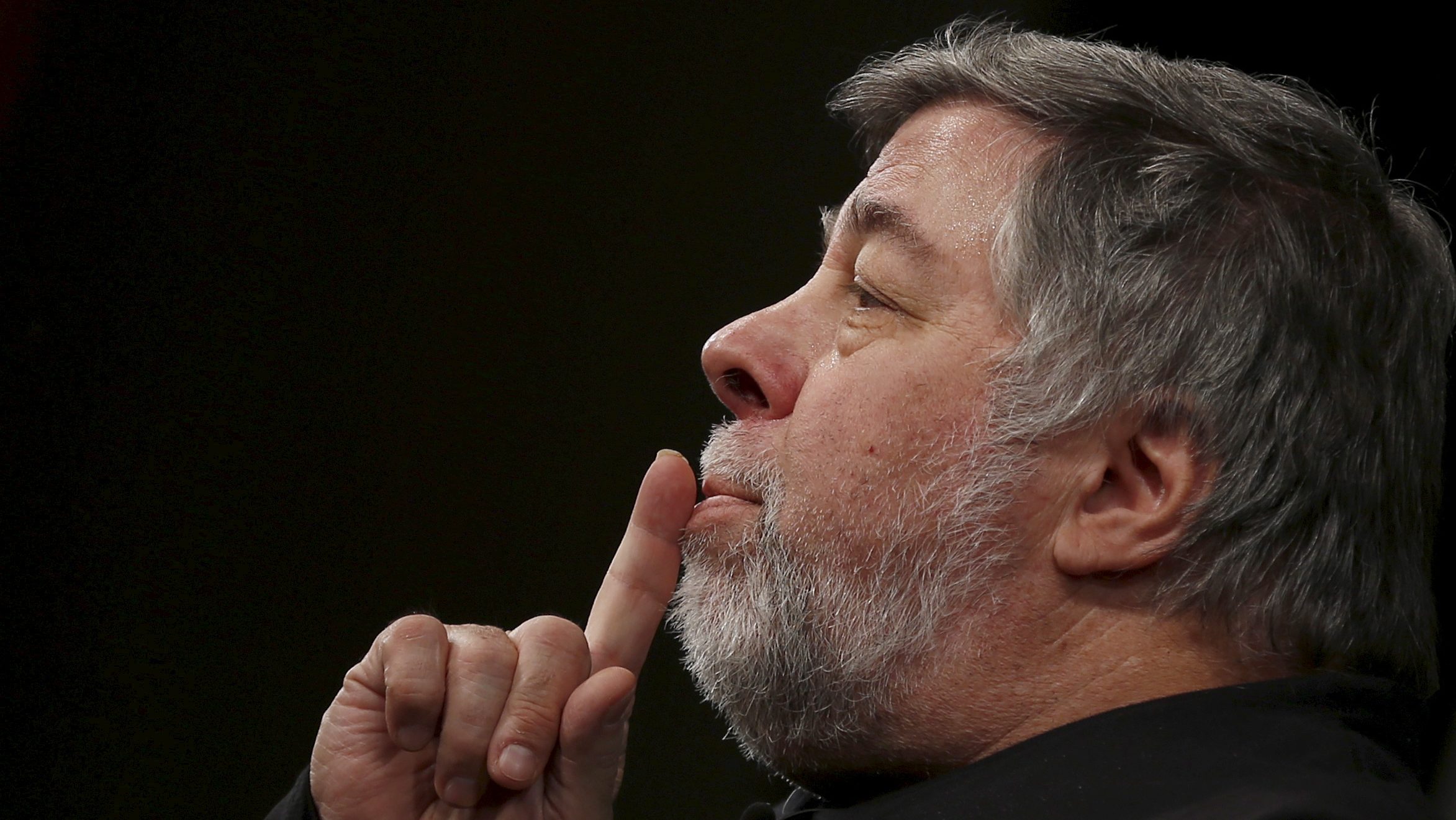 ﻿Cryptocurrency is not an obvious candidate to cut greenhouse gas emissions. Just mining bitcoin, the primary blockchain-based cryptocurrency, emits about 22 megatons of carbon per year (the precise number is hard to pin down).

But Apple’s co-founder Steve Wozniak is backing a new cryptocurrency promising to do just that.

The WOZX, launched by the energy-efficiency crowdfunding company Efforce, entitles holders to a share of profits from energy efficiency projects around the world. Wozniak says this crowdfunding approach will allow anyone to invest in the growing $250 billion energy efficiency market and lead to “meaningful environmental change,” according to a company statement on Dec. 4.

Private investors have responded positively: They’ve already invested $18 million at an $80 million valuation, according to the company, but the crypto world appears to be even more enthusiastic. During the first days of public trading, the WOZX shot up from 22 cents per token on Dec. 2 to more than $1.50 just five days later—all before a single project has been developed. While the new cryptocurrency may already be generating profits for its investors, it’s less clear the energy efficiency industry needs a blockchain to be successful.

When someone buys WOZX, they’re buying a proxy for a stake in an energy efficiency project: typically upgrades to infrastructure, from LED lights and window glazing to thicker insulation and more efficient power generators. Energy services companies register their proposed projects with Efforce, which assesses the required investment and writes a contract outlining expected returns.

These projects are then financed by investors (or “contributors”) buying the WOZX cryptocurrency, whose transactions will be tracked on a distributed, verified online ledger called a blockchain. Once the upgrades are done, smart meters record the energy savings produced—savings that are automatically distributed to WOZX holders’ accounts as “energy credits.” These megawatt-hour credits can then be used to offset electricity bills, or be sold back to Efforce for cash.

Sound complicated? It is. These financial gymnastics are necessary because WOZX buyers aren’t accredited investors in the eyes of regulatory bodies. That limits the ability of entities like Efforce to sell them securities. But the WOZX token isn’t technically an equity stake: It’s a token that generates a share in project proceeds and distributes them as credits, according to Andrea Castiglione, another Efforce co-founder.

What’s the return on energy efficiency?

Right now, the utility-offset credits are only recognized by certain Italian utilities giving holders the right to offset their own bill, though Efforce says the number of utilities will expand in the future. That means for most people, the returns on WOZX will come from selling their credits, or appreciation of the token over time.

So how much money can “contributors” expect to earn? Energy savings projects typically generate returns around 20%, Castiglione claims, predicting investors may reap half of those returns. “We can say the investment returns are predictable,” he said, “but there is some risk involved,” citing project risks and the value of the token itself.

That risk will also depend on the types of projects Efforce chooses to register and assess. Castiglione says Efforce will handle the first 20 projects itself starting in the first quarter of 2021 (Efforce’s parent company is a licensed energy services company). The first two prospective projects are a 9 megawatt industrial electricity, heating, and cooling plant in Italy, and a hotel complex on the French Rivera. Efforce will then open up the platform to 30 partners in the energy services industry.

If successful, Efforce says, the energy efficiency market will see a huge influx of new investment from individuals and the world will see rapid reductions in the growth of global emissions.

But Vikram Aggarwal founder of EnergySage a marketplace for residential solar power, and former vice president at a Fidelity private equity fund, says most projects should be able to secure institutional financing. “As long as you have a methodology for how this is going to generate returns,” he says, “I don’t think there is a shortage of capital.” Generate Capital, for example, recently agreed to finance $600 million in such energy efficiency projects through the energy services company Alturus.

In other words, WOZX won’t necessarily upend the market for energy efficiency.

Aggarwal argues the enormous pools of available private equity might not justify the complexity of Efforce’s cryptocurrency approach. “Blockchain in my mind has become a four-letter word,” he says. “It looks like everyone approaching us in the last few years says, ‘I’m an expert in blockchain. Do you have a problem I can solve using blockchain?’”

Wozniak is a believer. His crypto ambitions have fueled speculation since 2018, when the software engineer announced on CNBC that he hoped bitcoin would become a single global currency—“because that is so pure thinking,” he said at the time. He then joined a crypto venture founded by a British baroness (which later collapsed), according to the Financial Times.

The Woz’s backing of WOZX is a reason this blockchain application may succeed where others have failed. Efforce tried and failed to raise as much as $53 million in 2019 amid turmoil in the market; the company said it had been waiting to publicize Wozniak’s role as a co-founder until its technology was “on an industrial level.” Now, Efforce claims the rising price of WOZX suggests a valuation of more than $1 billion.

Bats in the frontier regions of south and south-west China harbour other coronaviruses that already have the capacity to cross over to humans, a...
Read more
World News

It will come with "supportive measures, which will be conducive to improving our country's population structure, fulfilling the country's strategy of actively coping with...
Read more
World News

Opinion | Which Developing Economies Will Rise After the Pandemic? – The New York Times

From the steam engine to cars, the economic effect of tech revolutions has tended to gain momentum over time and peak decades after the...
Read more

In this article, we will present the 10 best stocks to invest in according to the billionaire biotech hedge fund manager Joe Edelman. Click...
Read more
Sports

JPMorgan is the latest US banking giant to reveal its intention to join the cryptocurrency revolution. The bank’s “Cryptocurrency Exposure Basket” is similar...
Read more
Business

The Free State Black Business Chamber says it is pleased that the government has prioritised key interventions towards the revival of small businesses in...
Read more
Economy

Then came an extraordinarily successful vaccination campaign. Deaths have plunged more than 85 percent and are still dropping. As fear recedes, the economy is...
Read more