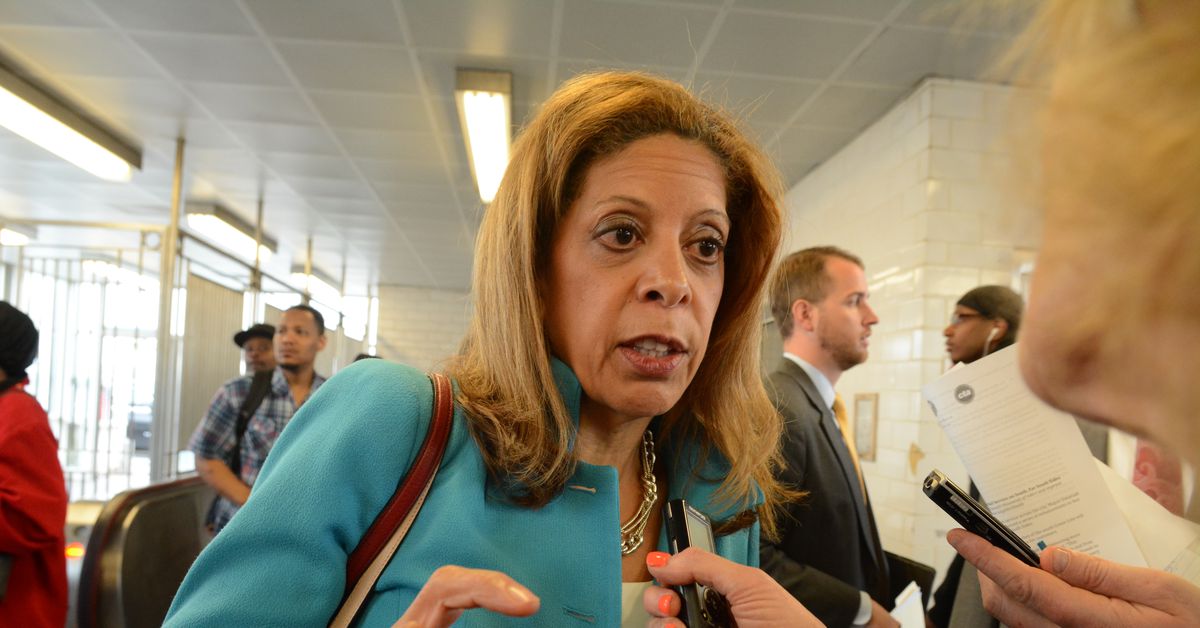 There’s a changing of the guard at the public-private job growth agency that will play a major role in rebuilding a Chicago economy decimated by the coronavirus pandemic and two rounds of looting.

“I have a tremendous opportunity to do hands-on the work that I’ve been … pushing for at WBC, which is supporting minority- and women-owned entrepreneurs and growing those businesses here,” Zopp, 63, told the Chicago Sun-Times.

“It’s critically important for us to build wealth in our Black and Brown communities. And I’m now gonna be able to go work with Don Thompson … to help make that happen. For me, it was just a natural next step.”

In August, World Business Chicago was forced to absorb what Zopp described as a “seven-figure” budget cut that eliminated nine of its 39 staff positions.

“We cut the budget because, like everybody else, the pandemic impacted our revenues. You have to be structured so you can survive it. If you don’t survive it, then it doesn’t really matter if you have a lot of people,” she said.

Zopp maintained the agency she leads is well positioned to execute the game plan outlined by Lightfoot’s recovery task force — even though downtown Chicago is operating at roughly 10% of pre-pandemic levels.

“When I talk to companies, everybody recognizes that there are significant upsides — to productivity, to engagement, to innovation — to having your people together in an office. …How we work has changed. But is it a death knell for downtown and office spaces? Absolutely not,” Zopp said.

“The question is, how can we bring people back to the office and when? That will begin to happen next year. What the city has to do — and what WBC will support — is work to make people feel and know that they can come back to work safely. Having a vaccine will help. Promoting and ensuring that people know that the CTA is safe, that Metra is safe, that employers have protocols in place to keep them safe. All of that work is underway.”

Zopp said one of her proudest accomplishments is the parade of corporate relocations to Chicago that reached a peak under the hard-charging salesmanship of former Mayor Rahm Emanuel.

Until the pandemic hit, Chicago led the country in both corporate relocations and direct foreign investment.

But then City Hall and the Chicago Police Department were caught flat-footed by two rounds of looting.

Chicago is now on pace to close 2020 with more than 750 murders, its most violent year in decades.

“Like every major city, we have crime and violence. And the looting absolutely had an initial impact. But since then, both the mayor and the superintendent have made a very concerted effort to talk to businesses about what they’re doing,” Zopp said.

“The proof for most things is in action, and the superintendent is doing that. He’s executing on the plan. And he’s been working to keep the downtown community safe. That’s what the business community wants to see.”

Zopp said her greatest frustration is that Chicago remains what she called a “diamond in the rough.”

“So often when I bring new businesses to Chicago or talk to businesses about coming to Chicago, when they get here, they say, ‘Oh. I didn’t know.’ … We need to lead with our strengths — not the negative perceptions that some people have,” she said.

Fassnacht hinted strongly he would not be a candidate for the permanent job. While holding down the fort, Fassnacht said his goal is to attract new companies and foster an “open, transparent frank conversation” between the mayor and the business community.

“I’m very bullish on the second half of 2021 and 2022 [because of the] pent-up demand for people to have experiences outside the home, outside maybe their city,” he said.

“Leisure travel … will come back better than before as long as we can position Chicago as an amazing place for one of the most diverse experiences — not just in downtown, but across all neighborhoods.”

(HOI) -- A pair of non-conference matchups highlight the night of high school soccer in the Heart of Illinois. Dunlap...
Read more
Sports

ROCKFORD (WREX) — The sports world shut down for some of 2020, with some seasons not even getting played due to COVID-19. But there...
Read more
Stock

Deliveroo is planning to raise £1bn from its stock market flotation.The meal delivery company confirmed the fundraising target for the first time, adding that...
Read more

Cryptocurrency Tokenization Is On The Rise: What Are The Accounting Implications? – Forbes

As different forms of crypto tokenization enter the marketplace and intersect with real-world physical assets, getting the accounting and reporting correct will only become...
Read more
Cryptocurrencies

Cryptocurrencies under fire – The Star Online

IN THE latest twist involving the world of cryptocurrencies, India’s government plans to impose a massive ban on the asset...
Read more
Stock

Is the stock market due for a correction in 2021? Here’s what some experts think – MarketWatch

A pullback for the Dow Jones Industrial Average and the S&P 500 index on Tuesday halted the longest win streak for stocks in months,...
Read more

For the past decade, Small Business Saturday has been a once-a-year occasion to encourage people to think local amid the rush of the holiday...
Read more
USA

Dr. Anthony Fauci is urging Americans to "think twice" about traveling and having indoor gatherings for the holidays.During a meeting with USA TODAY's Editorial Board...
Read more
Sports

The recent rallies and volatility in the stocks of video game retailer GameStop and movie theater chain AMC can be linked to a term...
Read more
World News

"These attackers stood right where you are... They desecrated this place and literally the president sat delighted, doing nothing to help us," Representative David...
Read more
Economy