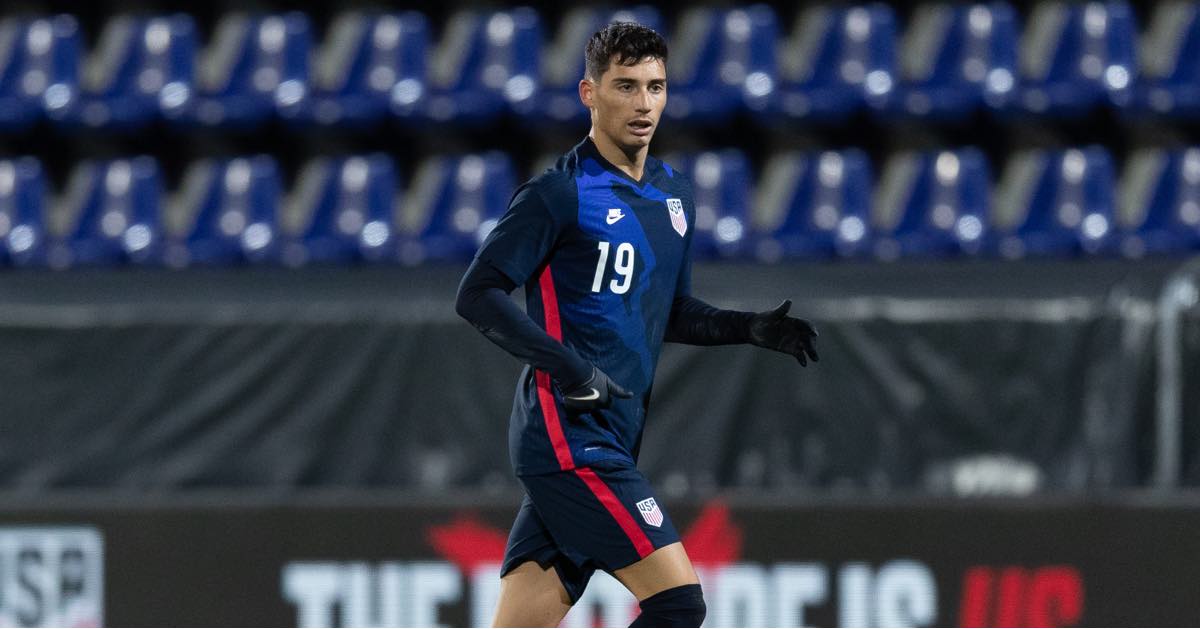 CHICAGO (Dec. 5, 2020) – Telstar forward Sebastian Soto has been added to the USMNT training camp roster. His addition takes the total number of players in camp to 24.

The USMNT will host El Salvador on Dec. 9 at Inter Miami CF Stadium in Ft. Lauderdale. Kickoff for the USMNT’s first match at the home of Inter Miami CF is set for 7:30 p.m. ET, and the match will be broadcast live on an ESPN Network, UniMás and TUDN.

Soto, 20, earned his first call-up to the USMNT last month and made a memorable debut in the against Panama on Nov. 16 in Wiener Neustadt, Austria. Entering the match in the 77th minute, the San Diego native headed home his first two international goals to push the USMNT to a 6-2 win. With the feat, he became just the fifth player to register a brace in a USMNT debut, and second to do so off the bench.

Soto led the USA with four goals at the 2019 FIFA U-20 World Cup in Poland and signed for English Premier League side Norwich City last July. He joined Dutch Eerste Divisie side Telstar on loan in August, where his six goals and nine matches currently have him tied for the team’s scoring lead.

The striker was cleared by his club to join the National Team since he is currently serving a suspension following a red card received in their last league match.

Twenty-two players are currently eligible to participate in the match against El Salvador. Because Efrain Alvarez (Mexico) and Andrés Perea (Colombia) have represented different countries in official youth competitions, both players would need to file a one-time change of association to represent the United States.

Which Well-Known Cryptocurrencies Are Available In The Market? – Harlem World Magazine

In Finance related discussions, Cryptocurrency has become a common point. Being an alternative to fiat currency, It is gaining popularity and acceptance.  The old method...
Read more

The online world needs to be more accessible and inclusive for all people. Especially in recent events where the pandemic has pushed many businesses to...
Read more

Bitcoin is drawing in users from all age groups, according to one financial firm's survey of clients NurPhoto/Getty Images Around 106 million people...
Read more
Sports

He has a chance to become a high-round selection in the 2022 NFL Draft, but Christopher Allen has recently picked up an endorsement for...
Read more
USA

Team USA and the Tokyo Olympics: By the numbers – USA TODAY

With less than a week until the opening ceremony of the Tokyo Olympics, the United States’ roster is being finalized. Over 600 U.S. athletes...
Read more

UEFA has unveiled the bidding process for Euro 2028, the tournament which would fall the same year as FIFA’s first biennial World Cup if...
Read more
Sports

Everyone has had their thoughts on how Doug Pederson's Philadelphia Eagles handled their Week 17 matchup with the Washington Football Team, and MVP candidate...
Read more