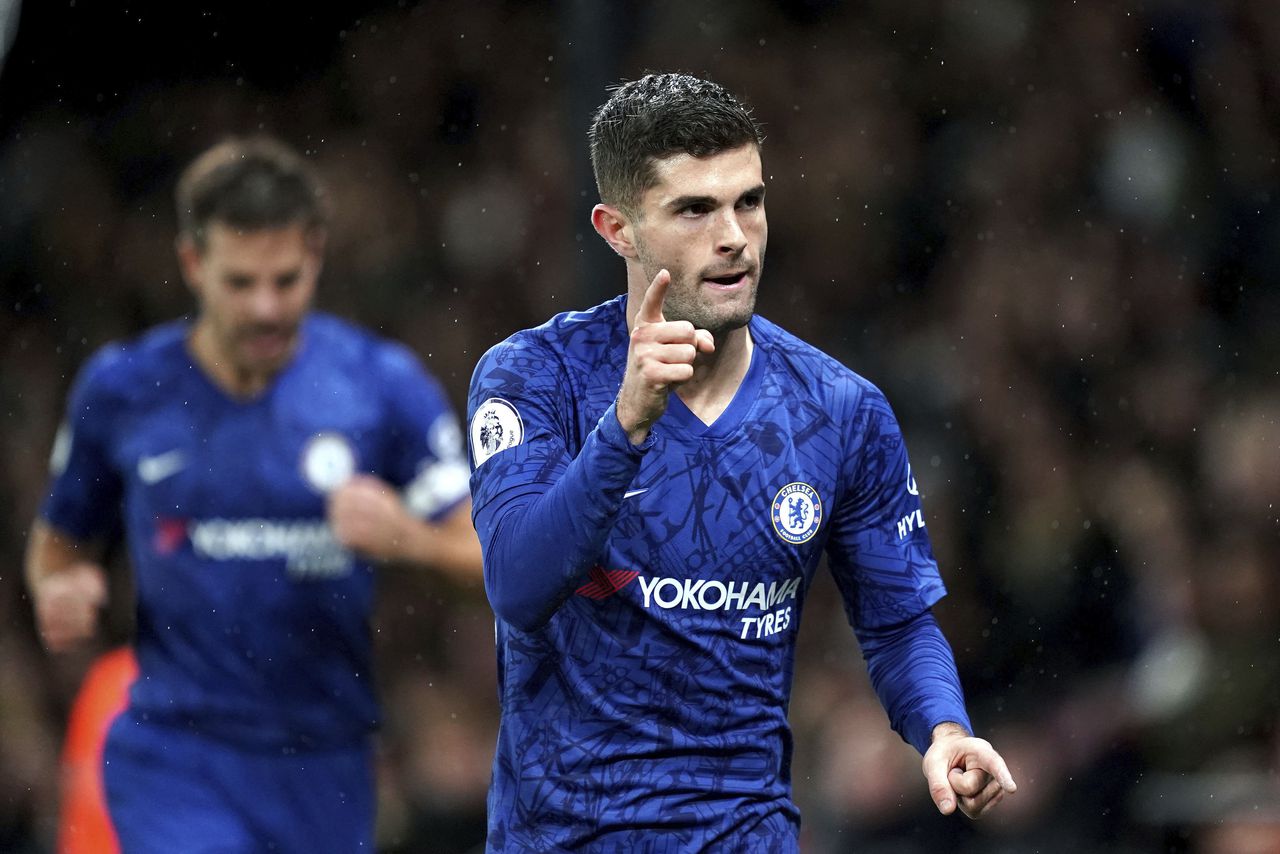 On paper, this shouldn’t be much of match. Chelsea is just off the Premiership lead behind Liverpool and Tottenham Hotspur, while Leeds is struggling toward the back of the pack at 4-2-4.

For American fans, however, it’s an opportunity to watch young star Christian Pulisic back in action. After a long injury layoff, he’s back and getting back into rhythm.

From the Associated Press

A look at what’s happening around European soccer on Saturday:

Chelsea manager Frank Lampard has a dilemma about who to start up front against Leeds in the Premier League. Olivier Giroud has been third in the pecking order of strikers behind Timo Werner and Tammy Abraham in the league but staked his claim for a start by scoring four goals in a win at Sevilla in the Champions League on Wednesday. However, Werner could return from being rested in midweek and be back as the sole striker now that left winger Christian Pulisic is fit again. Lampard will be up against Leeds manager Marcelo Bielsa for the first time in the Premier League — the pair clashed two seasons ago in the Championship after Bielsa admitted to spying on a training session of Derby, the team managed at the time by Lampard. Manchester United looks to continue its 100% away record in its trip to West Ham, while Manchester City hosts Fulham seeking to back up its return to scoring form in last weekend’s 5-0 win over Burnley. Everton is at Burnley in the other game.

Atlético Madrid can take the lead for the first time with a home win against Valladolid. Diego Simeone’s team has won six straight in the league and is two points behind leader Real Sociedad, which has played two more games than Atlético and visits Alavés on Sunday. Fourth-placed Real Madrid will look to end a three-game winless streak in the league when it visits fifth-placed Sevilla. Barcelona, back in the top half of the standings, will try to win its second in a row when it visits promoted Cádiz. Lionel Messi should be back in the lineup after being rested from the Champions League this week.

After scoring his 750th career goal midweek, Cristiano Ronaldo faces the Turin derby match for Juventus against Torino. Ronaldo was rested for last week’s draw at Benevento. Álvaro Morata scored in that match but was also shown a red card after the final whistle for comments to the referee and is suspended for the next two matches. The derby could be one of the last chances for Torino coach Marco Giampaolo as his side has picked up just six points from the opening nine matches. Second-placed Inter Milan hosts Bologna and will be hoping for a win to close the gap to leader AC Milan to two points ahead of the Rossoneri’s match at Sampdoria on Sunday. Also, Lazio visits Spezia.

Borussia Dortmund has to overcome the absence of injured top-scorer Erling Haaland, giving coach Lucien Favre a riddle to solve at Eintracht Frankfurt. Dortmund can ill afford many more dropped points after losing at home to Cologne 2-1 last weekend, so Favre needs someone to score. The coach played Marco Reus and Thorgan Hazard together against Lazio on Wednesday, but neither player made a strong call for replacing Haaland on an ongoing basis. The Norwegian striker is expected to be out for a month with a muscle tear. Favre could give the 16-year-old Youssoufa Moukoko his first start in Frankfurt, though he had wanted to ease the youngster into action. Second-placed Leipzig visits Bayern Munich in the late game knowing it can overtake the Bundesliga leader with a win. Bayern leads Leipzig by two points and was able to rest several players against Atlético Madrid in the Champions League on Wednesday as it was already assured of winning its group.

The timing could not be worse for Montpellier or better for Ligue 1 leader Paris Saint-Germain. Leading up to their match, Montpellier’s best striker, Andy Delort, tested positive for the coronavirus for the second time in three months. It deprives Montpellier of a player who has six goals, assisted on three, and formed a strong strike partnership with Gaetan Laborde. It also spares a shaky PSG defence, which has conceded five goals in two games, from coping against one of the league’s most physical and awkward strikers. Still, a home win for Montpellier will move it one point ahead of PSG. In the other game, Rennes must start finding its league form again after being eliminated from the Champions League, and can start against mid-table Lens.

February 1, 2021 “At some point you have to stop taking classes and simply go do it.” -- Rick Sontag speaking to University of Nevada,...
Read more
Stock

As boss of both Google and its parent company Alphabet, he is the ultimate leader of companies or products as varied as Waze, FitBit...
Read more

by Apoorva Komarraju September 1, 2021 These cryptocurrencies are under the spotlight in September.Cryptocurrencies have become such a phenomenon that nothing can stop their growth....
Read more
Business

In July, Mr Biden gave an optimistic speech about how Americans soon would be declaring their "independence" from the virus. Because of the Delta...
Read more
USA

The United States won Olympic gold at Tokyo 2020, but they failed to finish the tournament undefeated after losing their group-stage game against France,...
Read more
Business

HAVEN, Wis. – Affable and animated Shane Lowry put on quite a show in the first match of Saturday afternoon’s Four-Ball action.Partnered with Tyrrell...
Read more
Cryptocurrencies

Bitcoin Market Value Rises Past $1 Trillion. What It Means for Cryptocurrencies. – Barron’s

Pelosi on Jan. 6: ‘They would have had a battle on their hands’ if the mob had caught her – USA TODAY

WASHINGTON – On her 100th day as speaker of the 117th Congress, Nancy Pelosi discussed the dramatic events that opened her tenure, when a mob...
Read more