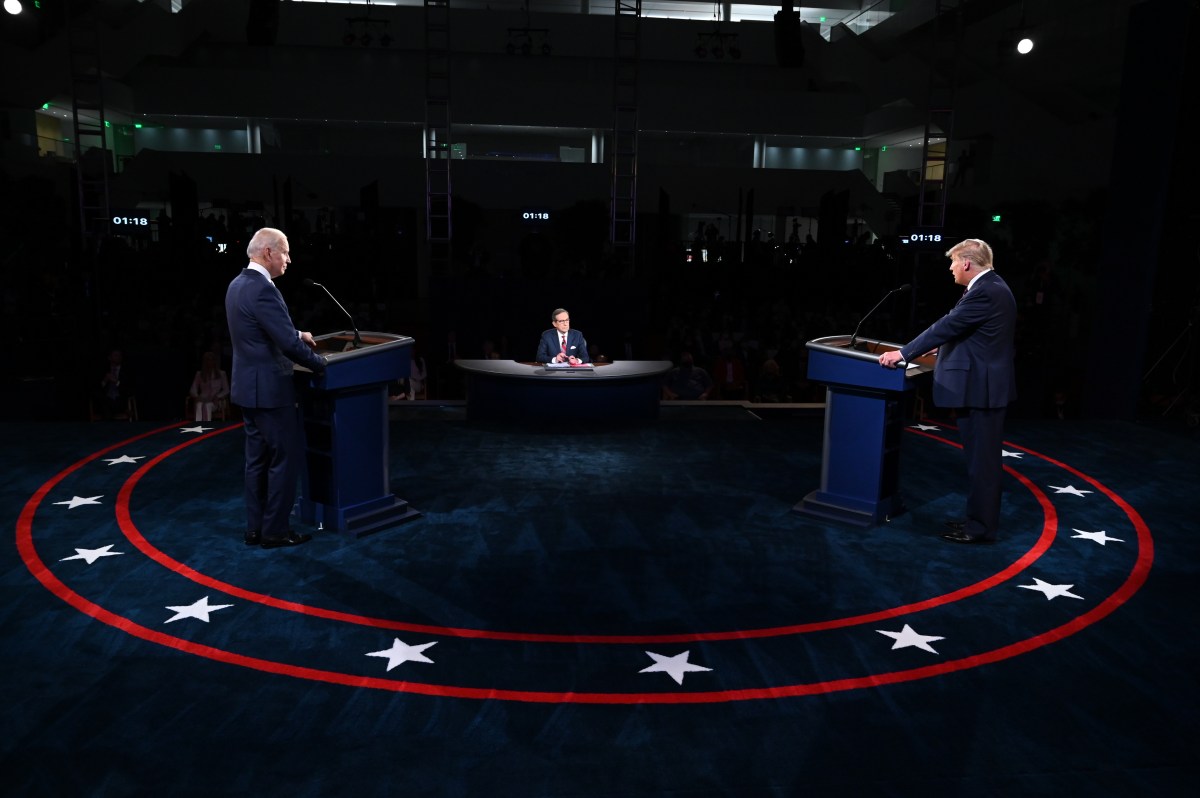 The economy was the top issue for American voters this election cycle, according to Pew Research Center. Although Joe Biden won the election with nearly 81 million votes, a new record, Donald Trump set the record for the second-highest number of votes received, at around 74 million.

Marketplace host Kai Ryssdal spoke with messaging expert Lee Carter about how politicians communicate with the public about the economy and why some tactics work better than others. Carter is president of the communications consultancy maslansky + partners and author of the book “Persuasion: Convincing Others When Facts Don’t Seem to Matter.” The following is an edited transcript of their conversation.

Kai Ryssdal: Who do you think, of the two men on the ticket last month, who had the more clear economic message?

Lee Carter: I think, frankly speaking, neither one of them did enough economic messaging. But if I had to pick one, I would say Donald Trump did a better job talking about the economy. I think it was a message that was largely overlooked by Joe Biden. I think he focused on character, restoring decency and normalcy to our country. And I think, to the extent that Donald Trump had a message this time, he was trying to focus on the economy and keeping things open.

Ryssdal: Is it fair to say that sort of writ large the Republican message on the economy, take your pick election cycle, right, is Republicans are like, we’re gonna cut your taxes and we’re gonna cut regulation, and Democrats are less precise and more vague about what exactly they’re gonna do policywise?

Ryssdal: Yeah, well, so let’s look at 2020 as an outlier, right, because not only did we have a pandemic, we had a unique president in Donald Trump, who brought his own set of issues to this campaign, let’s say, and that provided some opportunities for the president-elect. But as we look down the road and what parties might do on economic messaging, do you see any change from Republicans being fairly clear-cut and Democrats being more adaptable to the circumstance?

Carter: Well, I think it’s important that this administration, that Joe Biden and his team, really do focus on making it simple. I think that to the extent that certain messages were made simple by the left, there’s some fear of that, right? And I think when you see what happened with some of the messaging that became simple, defunding the police, for example, it backfired. And I think, you know, a lot of conversations that I have with folks on the progressive side is that things are nuanced. It’s complicated. You don’t want to simplify it too much. You don’t want to dumb it down right now because these are complicated issues. And I think there, there’s a real risk to that. And I think it’s really important for this administration to make it a priority that we all understand what’s in it for us. How do we restore confidence? There’s so much fear out there right now, people are really worried about the economy. And so the vision of where we’re going, and how we’re going to get out of this is so important. And it’s got to be simple. And it’s got to be something that all of us understand and [that] can be bought into.

Ryssdal: I understand that you as the messaging professional want to keep it simple and repeatable, and that’s the way to win people over. The catch, of course, is that the people you’re talking about a minute ago are right. It is unbelievably complicated out there.

Carter: Oh sure. And that’s, that’s great. I mean, the iPhone itself is incredibly complicated technology. But the user interface is incredibly simple. And, you know, to the extent that Joe Biden had this idea of building back better, show that to me in the economic messaging. I really want to understand what that looks like, what that means. And you don’t have to go in depth, but it just has to be enough that I feel confident. And that’s what this is really about.

Ryssdal: If you succumb to the urge, as a lot of policy people tend to do, to lean into the nuance and the uncertainty, certainly with the economy, that’s a messaging negative, do you think?

Carter: There’s no doubt about it. And I think one of the pitfalls, you know, I do a lot of work in financial services, one of the pitfalls that people with expertise in the economy get into is they’re so used to the language, to the jargon, to the back and forth inside of what they do each and every day, that they don’t take the discipline to get out and say I need to translate that to the American people. And that’s a really important piece of what the communications team needs to be doing, you know, Treasury needs to be doing. Everybody has to have extreme discipline, in this administration, around it.

Ryssdal: You know, the thing that torpedoes my whole Republicans-do-it-better line of questioning here is Bill Clinton in ’92 and “the economy, stupid.”

Carter: Exactly. You know, and there’s always outliers to this. I think, if you look at Barack Obama as a campaigner versus Barack Obama as a president was two very different things. He had very, very simple messaging when he was running. It was hope. It was change. It was all going to be good. Once he started governing and becoming in charge, that’s when his messaging became much, much more complicated and sophisticated and nuanced. And in some, you know, in some ways, that makes sense. But if you think about his message when he was on the campaign trail, it was dead simple.

How to invest in cryptocurrency – MarketWatch

MarketWatch has highlighted these products and services because we think readers will find them useful. We may earn a commission if you buy products...
Read more
Stock

Nasdaq composite stocks have crashed. It seems like the stock bubble may have popped. This is especially true for those tech stocks that more...
Read more

Bitcoin (BTC) hit its all-time high of $41,941.56 just at the beginning of this year, but the apex cryptocurrency is not rising in...
Read more
Business

According to the US Census Bureau, about 90% of businesses are family- owned or controlled. A family business, by definition, is any business...
Read more
Stock

NEW ORLEANS — As a coach in a sport where social distancing is impossible, Andrew Nicola said he did all he could to keep...
Read more
Stock

Business leaders, including many who backed Trump, say it’s time to make way for Biden – The Washington Post

Monday evening, Trump tweeted that the transition would be allowed to begin, “in the best interest of our Country.” He did not concede, however,...
Read more
European Premier League

Russian cryptocurrency exchange Livecoin has been hacked, with hackers managing to change the rates of cryptocurrencies traded on the service to earn quick profits. The...
Read more