BEIJING  — One day after Americans celebrated the Thanksgiving holiday and markets were closed, stock futures traded cautiously early Friday with Asian stocks mixed over questions about the effectiveness of one possible coronavirus vaccine weighing on investor optimism.

US ECONOMY GROWS AT RECORD 33.1%, ACCORDING TO SECOND ESTIMATE

Benchmarks in Shanghai, Hong Kong and Sydney retreated while Tokyo and Seoul gained.

Investors have been encouraged by reports of progress toward a possible vaccine. But they were uneasy after researchers questioned data that showed a candidate from the University of Oxford and AstraZeneca was 70% effective. 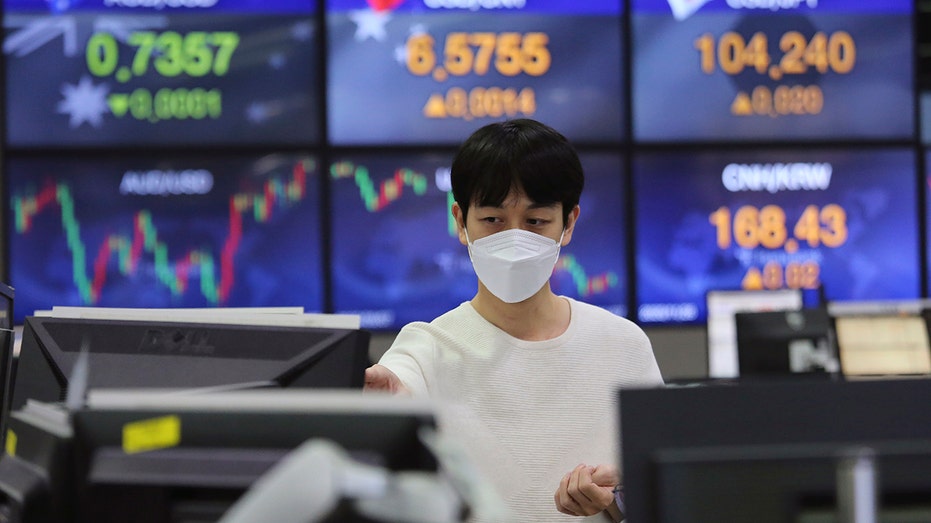 India’s Sensex opened down less than 0.1% at 44,241.06. New Zealand, Bangkok and Jakarta gained while Singapore retreated.
In energy markets, benchmark U.S. crude lost 75 cents to $44.96 per barrel in electronic trading on the New York Mercantile Exchange. Brent crude, used to price international oils, lost 2 cents to $47.77 per barrel in London.

Investors are looking forward to a possible vaccine to control the pandemic that plunged the global economy into its deepest slump since the 1930s, though forecasters warn the stock market rebound might be too early to be sustained.

Those hopes were dented this week when researchers questioned how Oxford and AstraZeneca calculated the effectiveness of their vaccine. That alliance is among researchers who have reported the most progress toward a possible vaccine. The AstraZeneca CEO told Bloomberg News the company might conduct another trial.

Investors also are dismayed that U.S. states and European governments are reimposing controls on business and travel as infection rates surge.

The disease has killed more than 1.4 million people worldwide and there are 61 million confirmed cases, according to data gathered by Johns Hopkins University.

Supplemental unemployment benefits that supported consumer spending, the engine of the U.S. economy, have expired. Congress is deadlocked on a possible new aid plan.

Despite one of the worst years for businesses since the 2008 recession, entrepreneurs still took on new business efforts in Piatt County in...
Read more
Sports

London (AFP) – The Premier League has become the world’s richest league based on its staggering global appeal, with millions tuning in to watch...
Read more

In 2010, three years into his cycle around the world, Mr Sadan wrote in The Jerusalem Post: "While I cycle across continents, I am...
Read more
World News

"In today's ever-changing and overwhelming world, where thousands of photos are captured and stored in a person's smartphone, consumers need an expert, reliable and...
Read more
World News