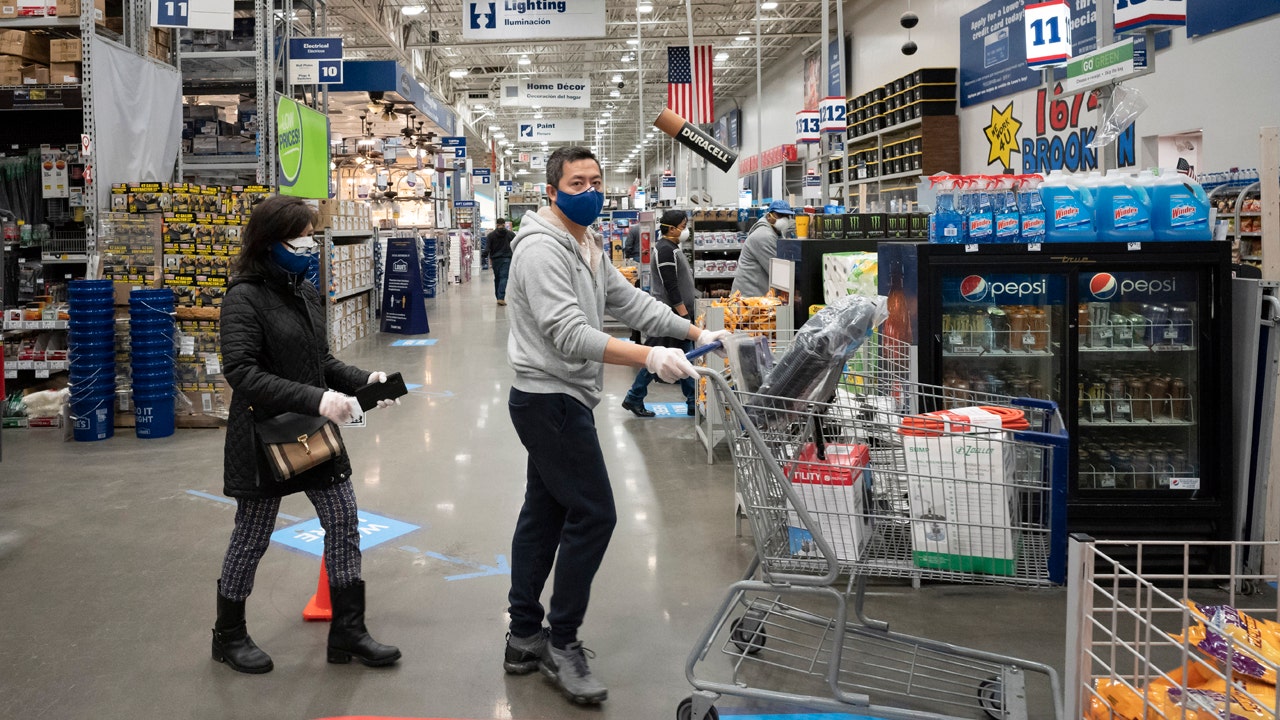 The U.S. economy is heading into the holidays continuing to recover, in large part because Americans continue to boost their spending, particularly on goods.

Many reports Wednesday will offer clues about the economy’s path this winter. These include Commerce Department data expected to show that consumer spending rose in October for the sixth straight month, while household income declined because of the fading effects of government aid programs, according to economists surveyed by The Wall Street Journal.

Consumer spending appears to have increased more slowly recently after rebounding strongly this summer. But it has been good enough to help fuel economic growth since the sharp recession this past spring, when the coronavirus pandemic forced millions of businesses, schools and government agencies across the U.S. to shut down or limit their activities. Consumer spending represents more than two-thirds of economic activity in the U.S.

The recent economic data have been mixed, showing signs of both strength and weakness.

Job growth was robust in October, though it has slowed every month since June. Unemployment fell a full percentage point to 6.9%, but remains high at nearly double the February 3.5% rate. Retail sales rose in October, but at their slowest pace since spring. Economic output rose at a record rate in the third quarter but remains well below pre-pandemic levels. And the outlook is cloudy.

A new wave of virus infections over the past month has led some cities and states to impose new restrictions, such as evening curfews, that could reduce households’ ability to spend. Americans’ confidence in the economic outlook dimmed this month, the Conference Board, a private research group, said this week. The Jan. 1 expiration of expanded unemployment benefits will likely lead to a drop in income for many jobless workers.

Still, Americans appear to be gradually increasing their spending. While they aren’t spending on airfares, hotel rooms or concerts, they have increased spending on cars, appliances and building materials for home projects. U.S. households overall have paid down debt and boosted their savings, which could help enable them to keep shopping in the near term.

“The economy is resilient,” said Rubeela Farooqi, chief U.S. economist at High Frequency Economics. “What we’re looking at is the split nature of the recession. People who recovered their jobs, they’re able to save and spend on goods. On the other hand, you have a substantial number of people who are low-income people who don’t have jobs to go back to.”

Economists project that aggregate household income fell last month but remained above its level from March, just before the pandemic.

The economy’s path ahead depends partly on the fate of workers like Ben Milano, a 59-year-old married father of twin girls in Long Island, N.Y.

Mr. Milano lost his job at a travel company — he had managed and organized corporate travel events — in March, as companies canceled events world-wide. Then his wife, an ear doctor, was furloughed. The couple cut spending broadly.

His wife was called back to work this summer and Mr. Milano started receiving unemployment benefits. They resumed certain types of spending. Mr. Milano recently had surgery on his back from an injury incurred this summer, and the couple recently repaired a broken pipe in their bathroom.

But they are looking to cut back again. In January, they will have to resume payments on their mortgage as a reprieve granted by their bank expires. In March, his jobless benefits expire.

“Do I go into my 401(k) and start pulling out of that?” he said. “I’m not so worried for January. I’m worried about March, if this continues the way it is.”

What Happens to Stocks and Cryptocurrencies When the Fed Stops Raining Money? – The Wall Street Journal

To veterans of financial bubbles, there is plenty familiar about the present. Stock valuations are their richest since the dot-com bubble in 2000. Home...
Read more
Cryptocurrencies

Charles Cascarilla was an early bitcoin investor who founded Paxs in 2012 under the name, itBit. Paxos/Tadzio PayPal’s...
Read more

Art, amulets and cryptokitties: the new frontier of cryptocurrencies – The Guardian

Pudding Daintytot is a pink cat, with hearts sprinkled over its chest, a rainbow cresting behind it, draconic horns, wings and a tail.“Born” in...
Read more
Cryptocurrencies

App startups that offer trading, such as Revolut, eToro, and Luno, are seeing a boom in demand for cryptocurrencies on their platforms amid a...
Read more
Stock

U.S. stocks staged a powerful rebound following their steepest selloff since October, but recorded losses for the week. The week was marked by sharp stock...
Read more

A weekend in the wild world of college football can be expected to produce shocking disappointments and better-than-expected performances in conferences throughout the country. The...
Read more

Our commenting has been temporarily disabled. You are solely responsible for your comments and by using TribLive.com you agree to our Terms of Service. We moderate comments....
Read more
Economy