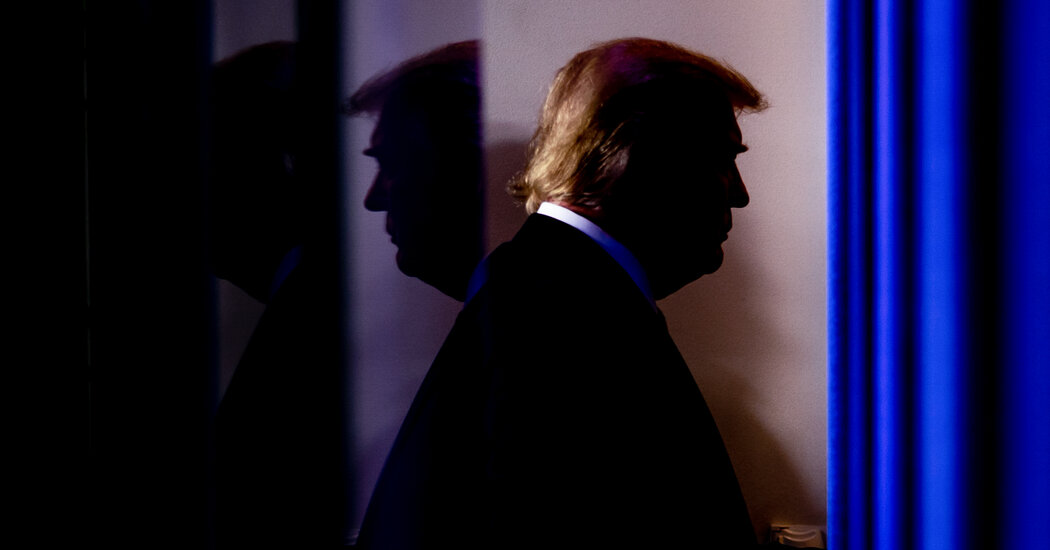 Concerned that President Trump’s refusal to accept the election results is hurting the country, more than 160 top American executives asked the administration on Monday to immediately acknowledge Joseph R. Biden Jr. as the president-elect and begin the transition to a new administration.

Even one of Mr. Trump’s stalwart supporters, Stephen A. Schwarzman, the chief executive of Blackstone, the private equity firm, said in a statement that “the outcome is very certain today and the country should move on.” While he did not sign a letter sent to the administration by the other executives, he said he was “now ready to help President-elect Biden and his team.”

Signatories to the letter included the chief executives of Mastercard, Visa, MetLife, Accenture, the Carlyle Group, Condé Nast, McGraw-Hill, WeWork and American International Group, among others. They included some of the most important players in the financial industry: David M. Solomon, the chief executive of Goldman Sachs; Laurence D. Fink, chief executive of the asset management giant BlackRock; Jon Gray, Blackstone’s president; and Henry R. Kravis, a prominent Republican donor who is the co-chief executive of KKR, a private equity firm.

The letter was also signed by George H. Walker, the chief executive of the money manager Neuberger Berman and a second cousin to President George W. Bush, and Jeff T. Blau, the chief executive of one of New York City’s largest private developers, the Related Companies, who has been a major donor to the National Republican Senatorial Committee, filings show.

As a way of gaining leverage over the G.O.P., some of the executives have also discussed withholding campaign donations from the two Republican Senate candidates in Georgia unless party leaders agree to push for a presidential transition, according to four people who participated in a conference call Friday in which the notion was discussed. The two runoff elections in Georgia, which will take place in early January, will determine the balance of power in the United States Senate.

In the letter sent Monday, the business leaders demanded that Emily W. Murphy, head of the General Services Administration, issue a letter of ascertainment affirming that Mr. Biden and Vice President-elect Kamala Harris had won the election. Ms. Murphy has so far resisted calls to begin the normal transition planning, which includes providing resources and money to an incoming administration as it prepares to take control.

“Every day that an orderly presidential transition process is delayed, our democracy grows weaker in the eyes of our own citizens and the nation’s stature on the global stage is diminished,” the executives wrote in the letter, which was obtained by The New York Times. “Withholding resources and vital information from an incoming administration puts the public and economic health and security of America at risk.”

The initiative comes as Mr. Trump has refused to acknowledge Mr. Biden as the winner, subverted the nation’s electoral process with unfounded claims of fraud, and put pressure on state Republicans to try to impede certification of the results.

The Friday evening executive call, which included a group of about a dozen business leaders, was preceded by a meeting of Democratic state attorneys general that took place on Thursday evening, in which participants discussed what they could do to ensure an orderly transition. In the wake of that, New York’s attorney general, Letitia James, was asked to approach business leaders in her jurisdiction about the possibility of pushing the stalled transition into motion.

“She said they asked her to reach out to the New York business community,” Kathryn Wylde, the chief executive of the Partnership for New York City, said of Ms. James. Ms. Wylde took part in a call the next evening with Ms. James and the executives, who were donors to both political parties.

Ms. Wylde said Ms. James told the group that the attorneys general “thought that the New York business community” would “have influence in convincing Republicans around the country that this should be over, that the transition should be acknowledged, and that it was a frightening proposition that this would remain unresolved.”

Ms. James, in a statement Sunday night, said, “This isn’t about partisan politics, but about protecting our democracy.”

“Without the rule of law and an orderly transfer of power, everything from commerce to health care delivery to national security is in peril, and our business leaders can see that as clearly as the rest of us,” she added.

Among the topics that came up on the call, according to participants, was the idea of withholding support from Senators Kelly Loeffler and David Perdue, both Republicans, who are running for re-election in Georgia, until the presidential transition is underway.

At least one participant, Rob Speyer, the chief executive of Tishman Speyer, suggested that some wealthy donors had already been considering withholding support, according to four people with knowledge of his comments.

(Mr. Speyer, a registered independent, is largely a Democratic donor, while his father, Jerry Speyer, is largely a Republican donor.)

Business leaders, along with a number of other Americans, are increasingly worried that delays in the typical transition planning will exacerbate the pandemic and slow plans to roll out vaccines.

Mr. Schwarzman, in his statement, said: “I supported President Trump and the strong economic path he built. Like many in the business community, I am now ready to help President-elect Biden and his team as they confront the significant challenges of rebuilding our post-COVID economy.”

The Partnership for New York City, which focuses on economic growth in the metropolitan area, has spent much of the year helping its members navigate the health and economic challenges of the pandemic.

“We urge respect for the democratic process and unified support for our duly elected leadership,” the group said in its letter. “There is not a moment to waste in the battle against the pandemic and for the recovery and healing of our nation to begin.”

One of the most valuable companies in the cryptocurrency industry said on Monday that it expected to be sued by the Securities and Exchange...
Read more
Stock

These teens are having fun in today's stock market, and, for the most part, making money — here are the secrets to their early...
Read more

Should Team Sports Happen This Year? – The New York Times

Students in U.S. high schools can get free digital access to The New York Times until Sept. 1, 2021.What is the current status of...
Read more
Economy

One of Joburg’s biggest tourist attractions, Gold Reef City theme park, said it battled to attract customers during the Covid-19 pandemic, despite its best...
Read more

The world of meme stocks is changing every day as traders communicating through Reddit’s WallStreetBets channel and other social media set their sights...
Read more
World News

It was unlikely that the expert group, in its politically-charged mission, would be able to pinpoint the source of the pandemic in China a...
Read more
USA

NEW YORK (AP) — Stocks rose in many of the markets worldwide that were open on Good Friday, while Treasury yields rallied after a...
Read more
USA

Corrections & clarifications: This story has been updated to reflect that though Celebrity Cruises has billed the Celebrity Millennium sailing as "fully vaccinated," some unvaccinated...
Read more
Economy

A worker is seen in the workshop of a factory manufacturing medical devices in Lianyungang, Jiangsu province, China.ReutersBEIJING — Chinese businesses are letting go...
Read more