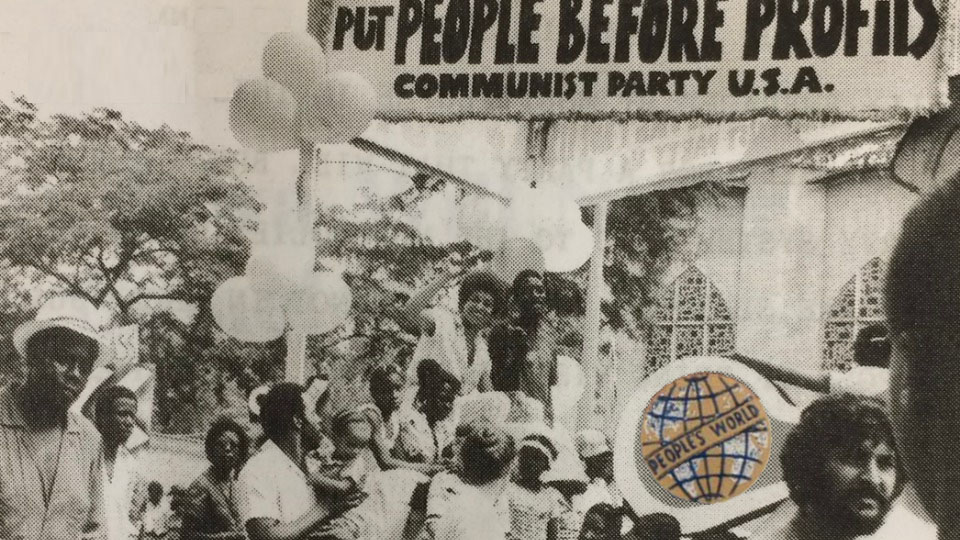 I first encountered the Daily World at a rally to free Angela Davis in 1971. An elderly Black gentleman wearing a suit and tie offered me a paper and we chatted a while. I worked in the Chicago Loop and happened upon the rally. Other papers were handed out, but the Daily World was the only real newspaper. The others I looked at went in the trash.

Over the years, I became a regular reader, subscriber, and financial supporter. I handed out thousands of papers at rallies, at plant gates, on neighborhood routes.

I remember the bundles of papers we loaded on buses, in car trunks, into shopping bags. I remember getting up at the crack of dawn to head to the Southside steel mill plant gates. We had teams at several gates at shift change. I remember elderly Black workers, bleary-eyed and walking slowly out but stopping to get a paper and sometimes offering us a few coins. We always accepted donations but never required them. Once in a while, on cold mornings, we were brought cups of coffee.

I remember riding on buses with other supporters heading to Washington D.C or Detroit or North Carolina for huge rallies where we distributed tens of thousands of papers. I remember the enormous crowds at Chicago’s famous Bud Billiken Parade going down King Drive from about 35th Street to Washington Park. We had volunteers at every intersection distributing papers—special editions for the event. In the 1970s, I worked at a small community art center where we produced banners and signs for many of the groups marching in the parade: Chile solidarity, anti-apartheid solidarity, civil rights, disarmament, and peace. We also constructed parade floats including two that Angela Davis rode on!

I remember how the plant gate distribution dwindled as the huge mills and electrical plants closed down and public housing buildings were replaced with expensive, even gated, communities. None of this happened without a fight, but we didn’t always win.

From time to time, there were reader conferences, and we rode buses to these. We made plans for training new writers and photographers and for innovative fundraisers for our reader-supported paper.

In Chicago, we had neighborhood holiday bazaars, summer cookouts, awards banquets, and a Unity Fest to raise money and broaden our outreach. We sold buttons, T-shirts, mugs—even clocks and music boxes with our logo!

Back in March 2003, I joined the staff at the then People’s Weekly World print edition. My work since has been mostly behind the scenes, editing, vetting, designing, and, at first, producing pages for the printer. We had an online presence for years, but in January 2010, we launched our daily online edition replacing the weekly print edition.

We are now and have always been reader-supported, which leads me to ask: Will you support our work? We have many supporters who make rather small monthly contributions, but those really add up! These days, I live in a HUD senior building for low income residents, but it’s not hard to set up a monthly sustainer as part of my budget. I want all of our readers to do this too!

To paraphrase the words of Tom Joad in The Grapes of Wrath:

Make your donation so we’ll always be there! 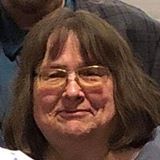 The turbulent year for Michigan State athletics is coming to a close as spring teams' seasons are ending. The teams are in the...
Read more
Business

It will come with "supportive measures, which will be conducive to improving our country's population structure, fulfilling the country's strategy of actively coping with...
Read more

Global regulators have said cryptocurrencies such as bitcoin should come with the toughest bank capital rules to avoid putting the wider financial system at...
Read more
Business

TOKYO - Toyota President Akio Toyoda offered a warning to Apple, which is plotting a foray into the motor industry: There's more to the...
Read more
Stock

U.S. stocks fell Wednesday as investors retreated from shares of many of the technology companies that have powered markets higher this year. The Nasdaq...
Read more

The U.S. economy continues to recover from the downturn caused by the coronavirus pandemic, according to business surveys that show services and manufacturing activity...
Read more
Cryptocurrencies

The IRS considers Bitcoin to be property rather than money, so transactions are subject to the same tax treatment as other investments. Bitcoin taxes can...
Read more
Economy

As Bitcoin Suddenly Surges Over $50,000, The Price Of These Cryptocurrency Stocks Is Soaring – Forbes

Bitcoin's latest bull run has seen its price climb by almost 500% over the last year, charging back above $50,000 per bitcoin after a...
Read more