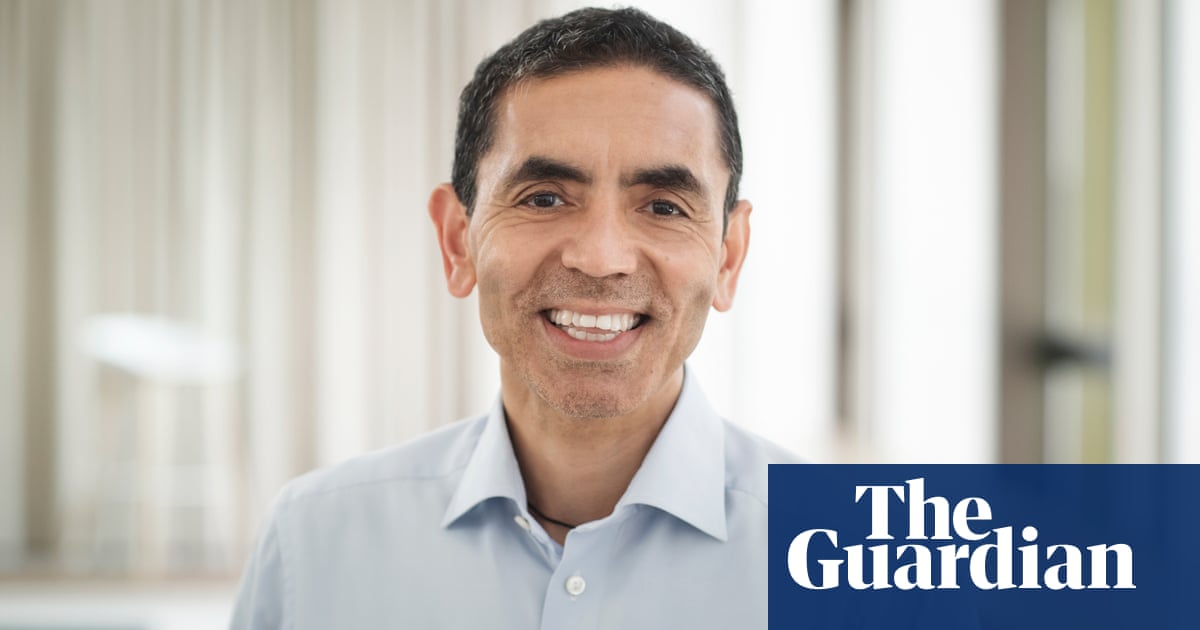 The scientist behind the first Covid-19 vaccine to clear interim clinical trials says he is confident his product can “bash the virus over the head” and put an end to the pandemic that has held the world hostage in 2020.

The German company BioNTech and the US pharmaceutical giant Pfizer announced via a press release on Monday that their jointly developed vaccine candidate had outperformed expectations in the crucial phase 3 trials, proving 90% effective in stopping people from falling ill.

However, the lack of full data sets from the ongoing trials has left unanswered the question of whether the vaccine is also effective for those with asymptomatic infections.

In his first interview with a British newspaper, BioNTech’s chief executive, Uğur Şahin, told the Guardian he was optimistic. “If the question is whether we can stop this pandemic with this vaccine, then my answer is: yes, because I believe that even protection only from symptomatic infections will have a dramatic effect,” Şahin said in a Zoom call from his home in Mainz.

Until Monday’s trial results were revealed, the scientist said, he wasn’t sure whether his vaccine would trigger a strong enough reaction from the human immune system. “It was possible that the virus isn’t really targeted by the vaccine, finds its way into the cells and continues to make people ill. We now know that vaccines can beat this virus.”

While current trials of the BioNTech/Pfizer vaccine will not formally prove that it prevents transmission of the virus, as opposed to merely stopping infected people from falling ill, the 55-year-old said the high efficacy results have led him to assume it can.

BioNTech, a company founded in 2008 by the German scientists and married couple Şahin and Özlem Türeci, as well as the Austrian oncologist Christoph Huber, developed its vaccine with an experimental method known as mRNA.

While conventional vaccines take genetic information from a virus and cultivate it in a human cell, the mRNA method merely requires the virus’s genetic code, thus shortening the production process by almost three months.

Pfizer’s expertise with mass-market vaccines and quick action from regulatory authorities helped speed up the development process to 10 months rather than years, Şahin said. “There was practically no waiting time. Imagine you want to get from one end of London to the next and there are traffic jams everywhere. You would need half a day. For our project, the streets were empty.”

Covid vaccine tracker: when will a coronavirus vaccine be ready?

The most effective candidate to emerge from the company’s trials, Şahin said, attacked the coronavirus “in more ways than one”.

“The vaccine hinders Covid-19 from gaining access to our cells. But even if the virus manages to find a way in, then the T-cells bash it over the head and eliminate it. We have trained the immune system very well to perfect these two defensive moves. We now know that the virus can’t defend itself against these mechanisms.”

Some crucial questions regarding the vaccine’s efficacy will only be answerable in the coming weeks and months, Şahin said. Establishing for certain whether it can also stop asymptomatic infections could take up to a year.

Şahin said he hoped that those who received the vaccine, administered via two injections in the arm three weeks apart, would be immune from the coronavirus for at least a year.

“We only have indirect clues so far [regarding the duration of immunity]. Studies of Covid-19 patients have shown that those with a strong immune response still have that response after six months. I could imagine we could be safe for at least a year.” He said he couldn’t rule out that Covid-19 jabs would need to be “topped up” annually.

The timing of Monday’s announcement by BioNTech and Pfizer has drawn criticism, with the US president, Donald Trump, accusing the companies of holding back the good news until after the American elections “because they didn’t have the courage to do it before”.

Şahin said he was notified of the outcome of the interim trials at 8pm on Sunday in a call from the Pfizer chief executive, Albert Bourla, who himself had only been informed three minutes earlier by the independent monitoring board.

“That was the second of truth, when a great weight fell off our minds,” he said.

“Pharmaceutical research should never be politicised. It’s a question of integrity. Withholding information would have been unethical. What’s important for us is that we are developing a vaccine and we don’t play politics.”

BioNTech’s shares shot up in the wake of Monday’s announcement, with the total value of its stock now $21.9bn (£16.6bn). But Şahin said such sums were merely “numbers on pieces of paper” for now.

“There will come a point when we can have a think about what to do with our money,” he said. “Usually people who have created something new are interested in creating something new again. We have to work out for ourselves what that is, whether it is a foundation or a specific project.”

Asked whether he had any private passions or hobbies that he would indulge once the vaccine reached the market, Şahin said: “We are thoroughbred scientists. We love our work, and we love talking about it. Work is never stress for us, something we try to catch a break from.” He said there was “no way” he would replace the bicycle he has used for his daily commute for the last 15 years.

“My wife and I sat down, talked to each other and made cups of tea. The relief was a very good feeling.”

The couple, who met at university and have been married since 2002, are both children of Turkish migrants who moved to Germany in the late 1960s. But the scientist bristled at the suggestion that he or his partner could become role models for a generation of Germans with migrant backgrounds.

“I am not sure I really want that. I think we need a global vision that gives everyone an equal chance. Intelligence is equally distributed across all ethnicities, that’s what all the studies show. As a society we have to ask ourselves how we can give everyone a chance to contribute to society. I am an accidental example of someone with a migration background. I could have equally been German or Spanish.”

WASHINGTON — Nine members of the Defense Business Board, an advisory panel of outside experts for the Defense Department, have...
Read more
World News

After all, in the early days of the pandemic, cruise ships had been hotbeds for the virus, sometimes stranded for weeks at sea with...
Read more
Business

Knowledge is power, and it’s what makes us business owners better able to compete in a marketplace ......
Read more

(Today’s commentary is by Joe Brocato, Metronews Sports)No one will dispute the fact that the top priorities of state officials at this time should...
Read more
Business

The election looks like it may yield a dream scenario for business: a moderate Democratic president whose more aggressive plans can’t pass the Senate,...
Read more
Stock

The stock market was largely down on Monday, although not all of the major market benchmarks reflected those declines. The Dow Jones Industrial Average...
Read more

For more than a year, people at the highest levels of the Louisiana State University athletic department fielded complaints about their prized running back,...
Read more
Economy

Richard Rubin, who covers tax policy for The Wall Street Journal, said he sees small signs of progress in the recent stimulus package that...
Read more