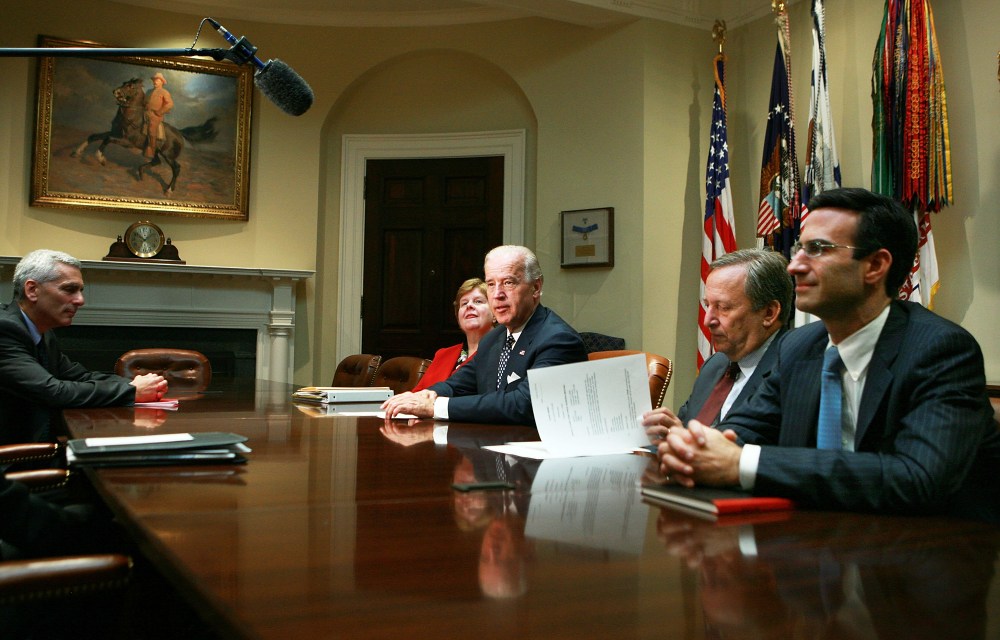 This article is part of Election 2020: America Votes, FP’s round-the-clock coverage of the U.S. election results as they come in, with short dispatches from correspondents and analysts around the world. The America Votes page is free for all readers.

As the transition to the next administration under Joe Biden begins, several lists of potential economics team members are already in circulation. Longtime Biden advisors Jared Bernstein and Ben Harris are in the frame. So too is Heather Boushey of the Washington Center for Equitable Growth, formerly of Hillary Clinton’s transition team. Lael Brainard at the U.S. Federal Reserve is one of the most experienced technocrats of her generation. She is odds on to be the first woman to serve as U.S. treasury secretary.

These are the intellectual picks. At the other end of the spectrum are operators like the businessman Jeff Zients, Barack Obama’s Mr. Fix-It and the head of his National Economic Council. Zients is one of four co-chairs in the Biden transition team and a “staunch capitalist” vouched for by the Business Roundtable.

The economic agenda of the Biden administration will likely be defined by such splits in personal background and by the wider left-center axis that runs through the Democratic Party. At this stage, these divides seem much more pronounced than under Obama. The economics team of Obama’s early years was taken straight from Bill Clinton’s roster. When Biden’s team announced this year that it was taking advice from Larry Summers, Clinton’s last treasury secretary and a key figure of continuity in the Obama administration, it provoked a storm of protest from the left. Since then, Summers has removed himself from consideration for jobs in the Biden administration.

In truth, whereas the Obama administration inherited a narrative of success from the Clinton era, Obama’s legacy for Biden is more mixed. This reflects the slow recovery from the 2008 crisis; the failure to implement radical reform of the financial system; and the growing awareness of the problems of inequality and structural racism and the challenges of Big Tech, an industry that used to be seen as the salvation of U.S. capitalism. Today, it is no secret that there are huge differences within the Democratic Party on questions of wealth taxes and antitrust regulations, among others.

It is easier to agree on macroeconomics. There is general agreement that the Obama administration would have done better to push for a bigger fiscal stimulus in 2009. Faced with America’s current recession, that is also something on which Biden’s team can agree. The United States needs the largest feasible stimulus to make good on Biden’s promise to “build back better” and kick-start the country’s energy transition.

But getting a multitrillion-dollar package depends on control of the Senate—a prospect that seems likely out of reach for Democrats. If, come January, Mitch McConnell still controls the Senate, that will not only curtail any spending package designed by the Biden White House. It also risks exposing divisions throughout the Democratic camp. Compromise with Senate Republicans will be a bitter pill for the left wing to swallow, and it will force policy to focus on areas such as regulatory change that do not require congressional approval but on which it may be much harder to find agreement within the Democratic Party’s own increasingly diverse coalition.

The streets of downtown Palm Springs and El Paseo were packed with shoppers. And whether they knew it or not, many people were contributing...
Read more
Stock

Technology stocks rebounded Tuesday and treated the Nasdaq Composite to its best session in more than four months, a day after the index slid...
Read more
USA

The United States on Saturday reported its 16 millionth COVID-19 case, even as a newly authorized vaccine is already being distributed and vaccinations are expected to begin Monday,...
Read more

The markets have been on a tear of late despite the headwinds presented by the novel coronavirus pandemic. The question is how long this...
Read more
Cryptocurrencies

JPMorgan is the latest US banking giant to reveal its intention to join the cryptocurrency revolution. The bank’s “Cryptocurrency Exposure Basket” is similar...
Read more
Economy

A surge in state investments has helped lift the Chinese economy from the effects of Covid-19, but likely has worsened one of its deepest...
Read more

European Super League explained: What is it? Teams in and out, FIFA, UEFA, Premier League reaction and updates – CBS Sports

Getty Images European soccer was rocked by the biggest story in at least a generation when 12 of Europe's biggest clubs...
Read more